The Hamilton County Health Department was given the task of planning and preparing for public health emergencies, due to natural causes or deliberate acts of bio-terrorism.

Mission
The mission of the Hamilton County Medical Reserve Corps is to establish and maintain a well-organized team of volunteers dedicated to improving emergency preparedness and public health before, during, and after a natural or man-made disaster or emergency. 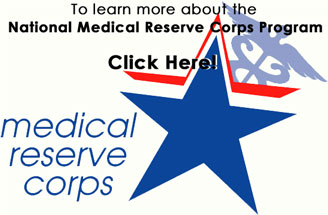