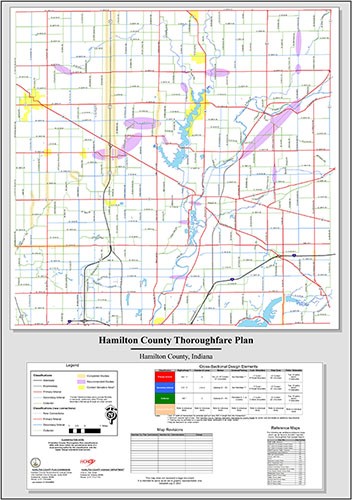 It is recognized that there are various jurisdictions within the County, each of which has control of improvements within their own planning area. Actually, many of these jurisdictions have individually adopted thoroughfare plans which take precedence over the Hamilton County Thoroughfare Plan.

The Plans should be reviewed on a regular basis and updated every 5 to 10 years to properly reflect changes in growth and development.

Plan Resources
You can view:
as well as view the: 2007 Thoroughfare Map (PDF) for additional information.